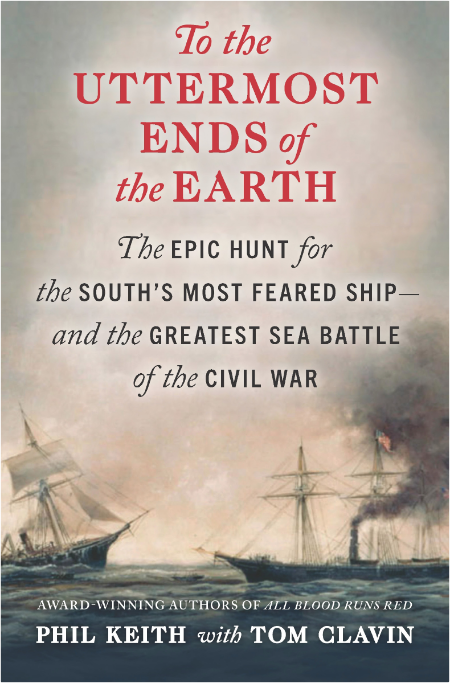 To the Uttermost Ends of the Earth – The Epic Hunt for the South’s Most Feared Ship-and the Greatest | 1.57 MB
English | 326 Pages

Title: To the Uttermost Ends of the Earth
Author: Phil Keith
Year: 2022

Description:
The enthralling story of the greatest Civil War battle at sea by the award-winning and bestselling historians Phil Keith and Tom Clavin.
On June 19, 1864, just off the coast of France, one of the most dramatic naval battles in history took place. On a clear day with windswept skies, the dreaded Confederate raider Alabama faced the Union warship Kearsarge in an all-or-nothing fight to the finish, the outcome of which would effectively end the threat of the Confederacy on the high seas.
Authors Phil Keith and Tom Clavin introduce some of the crucial but historically overlooked players, including John Winslow, captain of the USS Kearsarge, as well as Raphael Semmes, captain of the CSS Alabama. Readers will sail aboard the Kearsarge as Winslow embarks for Europe with a set of simple orders from the secretary of the navy: "Travel to the uttermost ends of the earth, if necessary, to find and destroy the Alabama."
Winslow pursued Semmes in a spectacular…