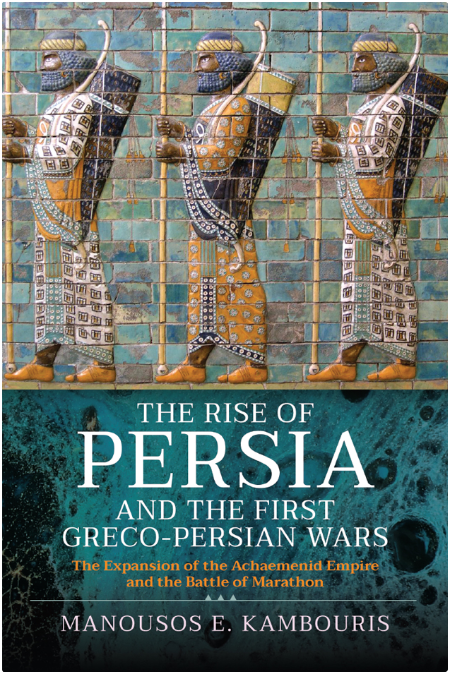 The Rise of Persia and the First Greco-Persian Wars By Manousos E Kambouris | 7.07 MB
English | 231 Pages

Description:
Manousos Kambouris revisits the epic events of the first Greco-Persian War and the Persian invasion of Greece. He gives excellent detail on the Persian perspective and sets the war in the context of the rise of Achaemenid Persia as the superpower of the day and the expansion of their empire into Europe. After relating the earlier Persian campaigns in Europe the author shows how the Ionian Revolt, by the Greeks of Asia Minor already under Persian rule, was instrumental. Darius I, the Persian King of Kings ordered the invasion of Greece ostensibly to punish the Greeks, and more specifically the Athenians, for their support of the Revolt and to contain further insurgencies but in truth to achieve god-ordained world dominance. Describing the invasion in great detail, the author analyses the king’s immense (even if occasionally exaggerated) army, considering its composition and logistical constraints. The campaign leading to Marathon and the decisive battle itself are then clearly narrated. Manousos Kambouris’ meticulous research brings fresh insights to this timeless tale of defiance of the odds and victory for the underdog.