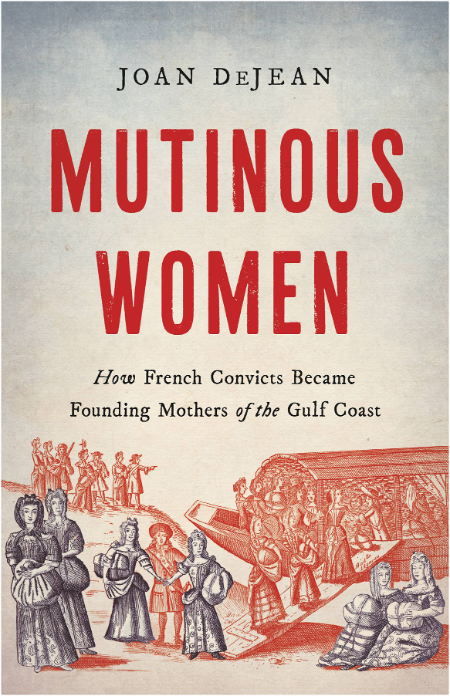 Description:
The secret history of the rebellious Frenchwomen who were exiled to colonial Louisiana and found power in the Mississippi Valley
In 1719, a ship named La Mutine (the mutinous woman), sailed from the French port of Le Havre, bound for the Mississippi. It was loaded with urgently needed goods for the fledgling French colony, but its principal commodity was a new kind of export: women.
Falsely accused of sex crimes, these women were prisoners, shackled in the ship’s hold. Of the 132 women who were sent this way, only 62 survived. But these women carved out a place for themselves in the colonies that would have been impossible in France, making advantageous marriages and accumulating property. Many were instrumental in the building of New Orleans and in settling Louisiana, Alabama, Arkansas, Illinois, and Mississippi.
Drawing on an impressive range of sources to restore the voices of these women to the historical record, Mutinous Women…