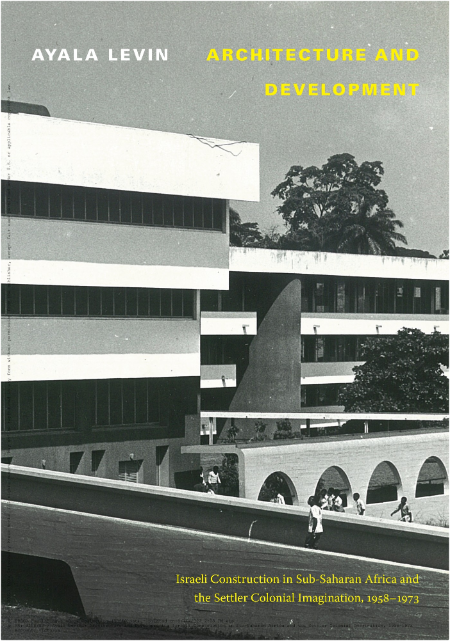 Description:
In Architecture and Development Ayala Levin charts the settler colonial imagination and practices that undergirded Israeli architectural development aid in Africa. Focusing on the “golden age” of Israel’s diplomatic relations in and throughout the continent from 1958 to 1973, Levin finds that Israel positioned itself as a developing-nation alternative in the competition over aid and influence between global North and global South. In analyses of the design and construction of prestigious governmental projects in Nigeria, Sierra Leone, and Ethiopia, Levin details how architects, planners, and a trade union–owned construction company staged Israel as a new center of nonaligned expertise. These actors and professionals paradoxically capitalized on their settler colonial experience in Palestine, refashioning it as an alternative to Western colonial expertise. Levin traces how Israel became involved in the modernization of governance, education, and agriculture in Africa, as well as how African leaders chose to work with Israel to forge new South-South connections. In so doing, she offers new ways of understanding the role of architecture as a vehicle of postcolonial development and in the mobilization of development resources.