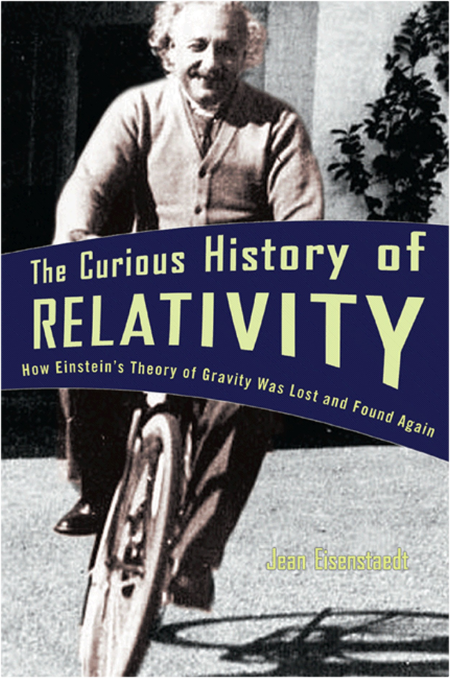 The Curious History of Relativity – How Einstein’s Theory of Gravity Was Lost and Found Again | 6.85 MB
English | 374 Pages

Description:
Black holes may obliterate most things that come near them, but they saved the theory of general relativity. Einstein’s theory was quickly accepted as the true theory of gravity after its publication in 1915, but soon took a back seat in physics to quantum mechanics and languished for decades on the blackboards of mathematicians. Not until the existence of black holes by Stephen Hawking and Roger Penrose in the 1960s, after Einstein’s death, was the theory revived.

Almost one hundred years after general relativity replaced Newton’s theory of gravitation, The Curious History of Relativity tells the story of both events surrounding general relativity and the techniques employed by Einstein and the relativists to construct, develop, and understand his almost impenetrable theory. Jean Eisenstaedt, one of the world’s leading experts on the subject, also discusses the theory’s place in the evolution of twentieth-century physics. He describes the main stages in the development of general relativity: its beginnings, its strange crossing of the desert during Einstein’s lifetime while under heated criticism, and its new life from the 1960s on, when it became vital to the understanding of black holes and the observation of exotic objects, and, eventually, to the discovery of the accelerating universe. We witness Einstein’s construction of his theory, as well as the work of his fascinated, discouraged, and enthusiastic colleagues–physicists, mathematicians, and astronomers.