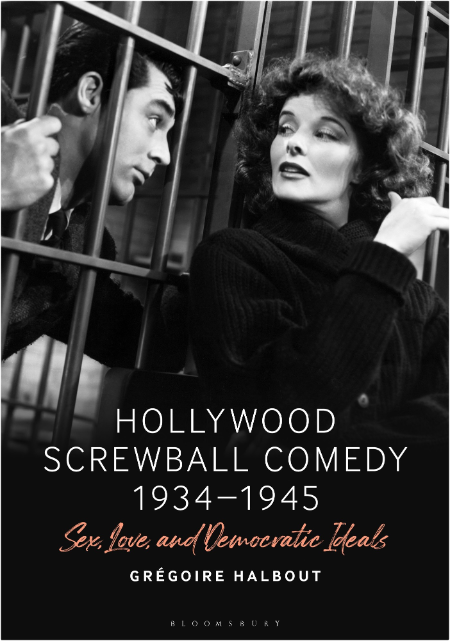 Description:
Love at first sight, whirlwind marriages, break-ups, divorces, remarriage. What accounts for the enduring success of the Hollywood madcap comedies of the 1930s?

Directed by masters of comedy (Hawks, LaCava, Leisen, Ruggles…) and featuring the decade’s most iconic stars (Colbert, Dunne, Grant, Hepburn…), these films set romantic comedy standards for decades to come. Screwball comedy embarked on two challenging missions: to poke fun at established social norms and to undermine stereotypical depictions of gender roles, putting forward a discourse that postulated the possibility of equality between men and women.

Grégoire Halbout’s reexamination of screwball comedy provides a comprehensive overview of this (sub)genre, eschewing the auteurist approach and including “minor” works never before analyzed through the screwball lens. His book explains how these screwball stories met the expectations of a booming American middle class eager for the liberalization of morals, with daring plots, verbal humor and slapstick techniques.

Building on the work of Cavell, Altman and Gehring, as well as international and French scholarship, Halbout’s investigation unfolds in three parts. He first establishes a definition of Hollywood screwball comedy through a cross-sectional analysis of its socio-historical context and an in-depth examination of the genre. He then situates screwball comedy in relation to its institutional context. An exclusive study of archival material explains the emergence of a screwball aesthetic meant to subvert the prohibitions of the 1934 Hollywood Production Code through a verbal and visual rhetoric of diversion and mitigation. Finally, Halbout explores the social function of the genre’s placement of romantic intimacy at the center of the public sphere and the democratic debate, confirming that screwball eccentricity upholds America’s founding values: freedom of speech, free consent, and contractual engagement.