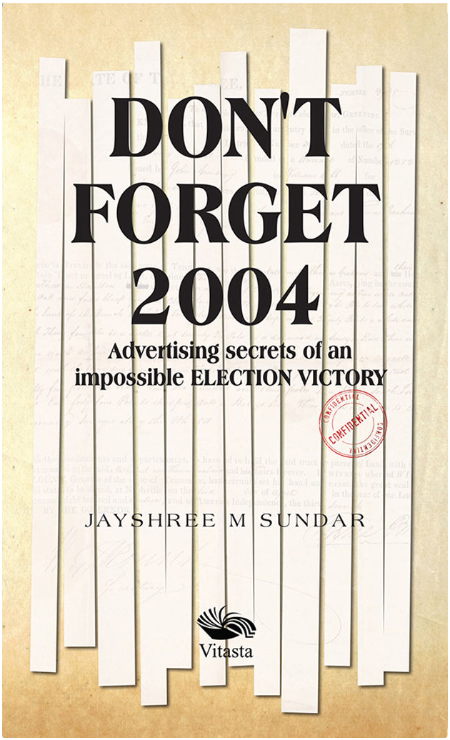 Description:
In December 2003, the Congress Party took a drubbing in three state elections. The India Shining slogan of the Vajpayee Government had taken everyone by storm. Finances were stretched thin, General Elections were preponed by eight months. The defeat was inevitable. Yet, in May 2004, the ultimate story was one of an absolute surprise.

The Congress won the elections-making history.

This book is the making of that History.

fter 17 years, Jayshree Sundar, who was instrumental in scripting this victory, finally unveils the chain of events that took place. In this memoir, Sundar reveals all-from getting the phone call from Congress’s office to the final victory. With a generous garnishing of real conversations with senior congress leaders and Sonia, Rahul and Priyanka Gandhi, Don’t forget 2004 is an inside story of the marketing and advertising campaign which dovetailed into the political strategy for the Congress party, bringing it back to power in May 2004.