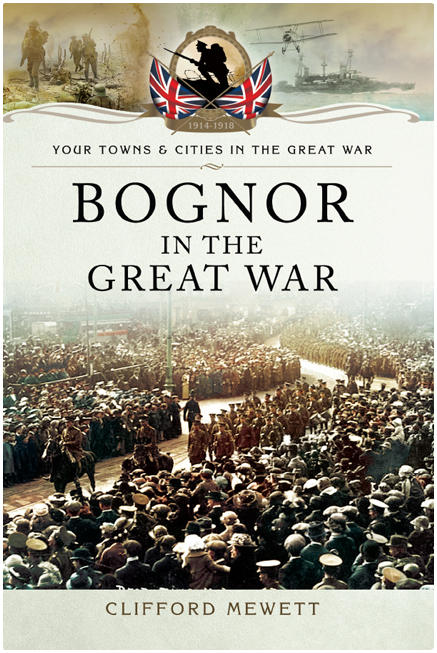 Description:
Bognor at the time of the Great War was a small seaside town, quiet in winter but full of visitors in the summer. At that time it was barely one hundred and thirty years old, developed from a hamlet by Sir Richard Hotham, a hatter, who wanted to create his own purpose built bathing resort, to attract the nobility to take the sea air and as a rival to other towns along the Sussex coast. rnrnIn 1911 the population of Bognor had grown to a little over eight thousand, of whom around eleven hundred men answered the call in 1914, around a third of whom never returned. The book tells their stories, not in alphabetical Roll of Honour order, but in real time as it happened. It also takes a close look at those who fought and returned to Bognor, albeit with some badly injured, facing the future carrying the scars of four years fighting. Also included are the local villages of Aldwick, North and South Bersted and Felpham.rnrnWartime life in Bognor has also been included, how the town coped from the influx of Belgian refugees in 1914, a look at the various voluntary organisations, recruitment, invasion fears, conscientious objectors, tribunals, lighting restrictions, Zeppelins, food shortages and the victory celebrations. rnrnQueen Victoria, who stayed at Bognor as a child, once referred to it in later life as ‘dear little Bognor’. Some eighty years later ‘dear little Bognor’ flexed her muscles as her young men marched to war.??As seen in the Bognor Regis Observer.