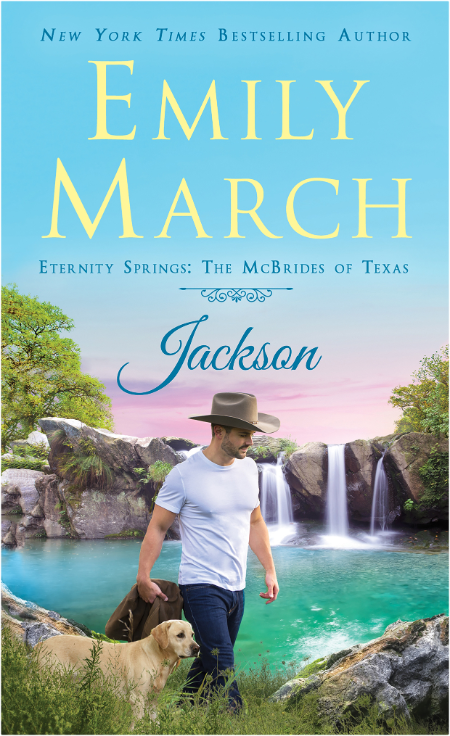 Description:
From New York Times bestselling author Emily March comes Jackson, the newest novel in the critically acclaimed Eternity Springs series.
Sometimes it takes a new beginning
Caroline Carruthers married young to a much-older man. Now that he’s gone, she’s lost…until she dares to chase a dream all on her own. Moving to Redemption, Texas, is chapter one in Caroline’s new life story. Opening a bookstore is the next. Finding love is the last thing on her mind as she settles into this new place called home. But when she meets a handsome, soulful man who’s also starting over, all bets are off.
to reach a happily-ever-after
Jackson McBride came to Redemption looking only to find himself, not someone to love. Ever since his marriage ended, he’s been bitter. Sure, he used to believe in love-he even has the old song lyrics to prove it-but the Jackson of today is all business. That is, until a beautiful young…