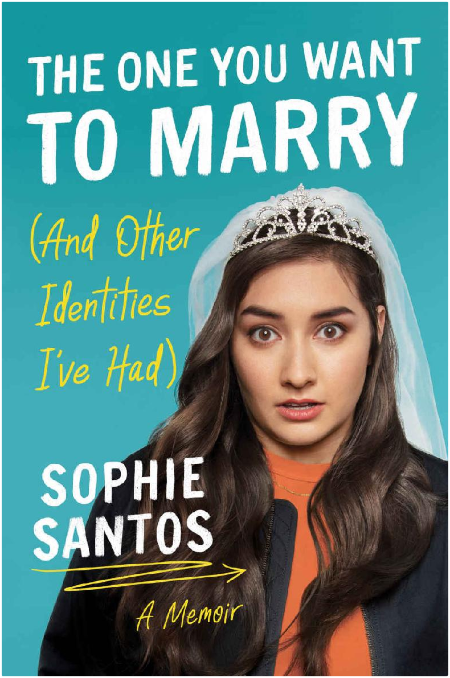 Title: The One You Want to Marry (And Other Identities I’ve Had)
Author: Sophie Santos
Year: 2021

Description:
A hilarious and heartfelt memoir about finding your true voice by Sophie Santos, the fearless comic and host of The Lesbian Agenda. From the self-proclaimed Queen of the Stunted Late Bloomers and one of the most exciting emerging voices in comedy comes an honestly funny memoir about the awkward, cringeworthy, hilarious, and longest possible journey of coming of age and into her own. The only child of a perpetually transferring Filipino-Spanish US Army officer and a spitfire nurse, Sophie Santos spent her early years starting over again and again–and accumulating her fair share of anxieties. Growing up in 99.6 percent white communities, where girls had to learn to flash Vaseline-capped smiles before they’d be considered real women, Sophie adapted. Determined to fit in, she transformed from a tomboy misfit into a hormone-crazed beauty pageant contestant and a southern sorority girl, among other personalities. She nailed each role she took on, not shockingly, but nothing seemed to fit her true self. In her twenties, floundering and locked in her bedroom with lesbian YouTube clips playing on repeat, Sophie began to understand that her true self might be more tomboy misfit than southern belle. That realization set her off on a journey that led her through an unexpected lesbian puberty and eventually toward a New York comedy career.

Tags:Identities, Marry, One, Other, Want