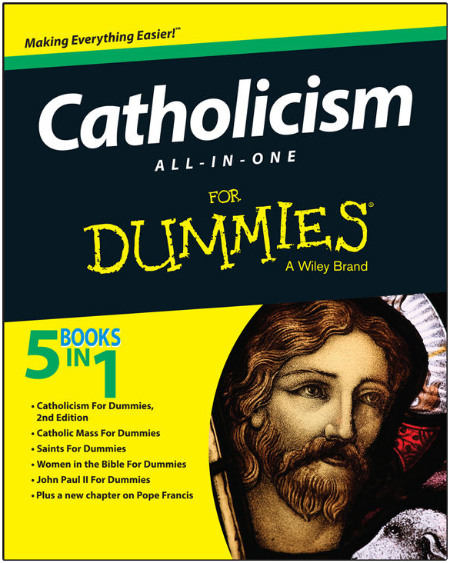 Description:
Grasp the beliefs and practices about one of the world’s oldest religions Catholicism All-In-One For Dummies is your all-inclusive guide to the Catholic Church and its billions of followers. You’ll learn how Catholicism came to be, how it’s practiced, and where it stands socially and politically as you explore the rich history and diverse culture surrounding this major religion. Clear, friendly writing takes you inside a mass to understand what happens there, and walks you through a tour of the saints, holidays, the Bible, and the Vatican. Special coverage includes the role of women in the Church and in the Bible, and the tremendous popularity of Pope Francis, who has quickly become one of the Vatican’s most-loved leaders. You’ll dive into the beliefs and practices of Catholicism and get answers to the most common, confusing, controversial, and worrisome questions.
Catholicism is quickly expanding beyond its 1.2 billion followers, with growing numbers of priests and new baptisms every year. Attendance at papal events has tripled to 6.6 million since Pope Francis’ election in 2013, and Catholicism has become the largest religious denomination on the planet by a wide margin. This book explains what makes Catholicism so alluring, giving you insight into the religion and everything it entails.

The Catholic Church has been reinvigorated and revitalized with the enthusiasm surrounding Pope Francis, and his openness to the world and everyone in it. If your curiosity has been piqued, Catholicism All-In-One For Dummies is the ideal guide to learning what it’s all about.