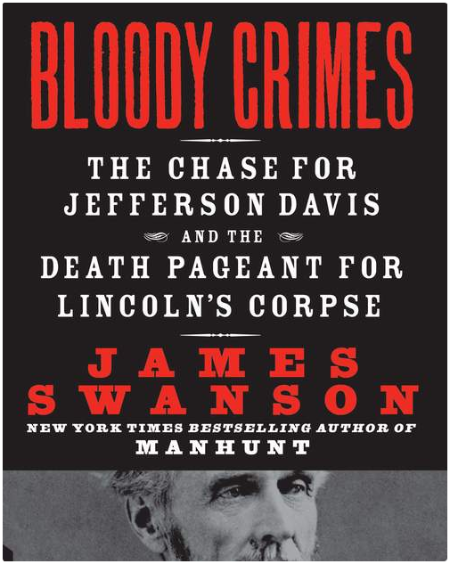 Description:
On the morning of April 2, 1865, Jefferson Davis, president of the Confederacy, received a telegram from General Robert E. Lee. There is no more time-the Yankees are coming, it warned. Shortly before midnight, Davis boarded a train from Richmond and fled the capital, setting off an intense and thrilling chase in which Union cavalry hunted the Confederate president. Two weeks later, President Lincoln was assassinated, and the nation was convinced that Davis was involved in the conspiracy that led to the crime. Lincoln’s murder, autopsy, and White House funeral transfixed the nation. His final journey began when soldiers placed his corpse aboard a special train that would carry him home on the 1,600-mile trip to Springfield. Along the way, more than a million Americans looked upon their martyr’s face, and several million watched the funeral train roll by. It was the largest and most magnificent funeral pageant in American history. To the Union, Davis was no longer merely a traitor. He became a murderer, a wanted man with a $100,000 bounty on his head. Davis was hunted down and placed in captivity, the beginning of an intense and dramatic odyssey that would transform him into a martyr of the South’s Lost Cause. The saga that began with Manhunt continues with the suspenseful and electrifying Bloody Crimes. James Swanson masterfully weaves together the stories of two fallen leaders as they made their last expeditions through the bloody landscape of a wounded nation.